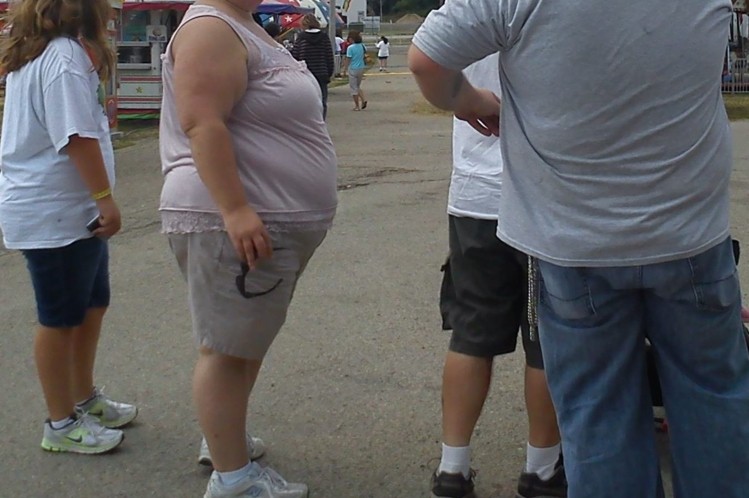 Since everyone is either obese, fat, getting fatter or going to be fat I have some suggestions as to how we can stave off and alleviate this catastrophic pandemic. This is Part 1 of my essay entitled, “A Modest Proposal Regarding the Obesity Epidemic. After the complete essay is posted I will continue to make entries using this title, as the obesity epidemic requires us to be flexible in our approach and tactics.

First and foremost, since it is clear that individuals are incapable of feeding themselves, it’s obvious that we need to put the government in charge of food and beverage consumption and exercise enforcement. Since we need a worldwide solution to this epidemic of unprecedented proportions, perhaps the United Nations can oversee and coordinate the efforts of nations around the world.

Can anyone imagine a more potent and effective combination than the joining of the UN with various governments? For example, the efficiency the US government has displayed in running the postal service and social security program – among other well-run and profitable operations such as Fanny Mae and Freddie Mac – will be a fantastic compliment to the proven efficacy of the UN.

And one more thing; let’s stop using the euphemism “Western Diet,” when referring to the reason for this universal fatness when we all know that it’s America’s fault. It isn’t Canada’s fault or Mexico’s misconduct, Great Britain’s food stinks, the French aren’t fat and don’t export fast food culture, nobody has ever seen a fat Spaniard, and the Mediterranean Diet is perfect. So let’s be open and honest and blame America for expanding waist lines and the other fat-related maladies.

We cannot be fooled by America’s dominance in many sports and by the fact that America leads the way when it comes to promoting exercise and nutritional causes at almost every level of society through a variety of governmental and quasi-governmental agencies. The Western Diet is America’s Diet, and America’s Diet is making the world fat and killing people. As a matter of fact, America has even made other countries’ cuisines fattening and unhealthy. Mexican food is a prime example of how America can ruin a country’s food and make people overeat by the simple act of embracing the food of other cultures. Chinese food, as well.

The statistics tell us that obesity has been on the rise since 1980 – the year Ronald Reagan took office – so it’s just as clear that the Reagan/Bush administrations are to blame for America exporting obesity around the world and created a huge mess for others to deal with. Let’s not quibble over the fact that the definition of what constitutes obesity was changed in 1998, which immediately created 30% more obese people, without these people even eating a single Whopper or chugging a Big Gulp. Just as obvious, is that there were 30% more people out there who had a problem and didn’t realize it; it took a change in a calculation to get people to take notice. And for the good of all citizens of the world, especially the children, let’s avoid the unseemly act of pointing out the serious flaws with the Body Mass Index (BMI).

Bangladesh, a country known for its healthy ways, sports a national BMI reading of approximately (and enviably) 20, which is smack dab in the middle of the normal weight category. We shouldn’t dwell on the fact that Bangladesh life expectancy is 66 years (what it was in America almost 100 years ago) versus America’s 78 years. Americans are fat and diseased and living longer because of pharmaceutical intervention, while spreading this disease around the globe. It’s obviously better to weigh less, so let’s stop arguing and work together to make people lose weight and force them to conform to a healthy lifestyle.

Plus, Western Cultural Bias is clearly responsible for the negative impression people hold regarding the Bangladeshi lifestyle. The government has helped us avoid a major economic downturn, high unemployment, eroding home prices and a catastrophic loss of consumer confidence, and will help protect us from ourselves and our inevitable fatness. The various government agencies that developed the Food Pyramid, and it’s various iterations, obviously have it right. But back to solutions….I’ll get to these solutions in Part 2 of my Modest Proposal Regarding the Obesity Epidemic.

There has been a lot of emphasis on dietary issues over the past few years, but these half measures haven’t been bold enough. It’s time to flat out ban fatty foods and sugary drinks. And tobacco, too. The government shouldn’t just tax people for consuming soda and Big Macs and smoking cigarettes, and let them go on their merry, fat way. The government has to take these products out of the hands, and mouths, of the people. Of course, just like with any other piece of major legislation, our politicians should exempt themselves from these bans, as elected officials are clearly able to control their appetites.

There needs to be government re-education camps for those who are not fat, but still choose to consume whatever they please. After all, it looks bad to have people running around eating and drinking whatever they like and doing things counter to the ways of the Food Poilce. For their own good, and the good of all the fat people, people who want the freedom to consume need to learn that this “freedom” is the reason we have all of these horrendous problems, whether or not these people themselves are fat or display any signs of disease.

It takes a village to help people lose weight and live a healthy life, and people who eat poorly but aren’t overweight and don’t show signs of any disease need to see the errors of their ways. The message needs to be sent that there are consequences to suffer from exercising free-will, a notoriously undisciplined impulse, especially in nutritional matters.

A great indication that these camps are needed are the little brats in the Chicago public school system who are turning up their noses at healthy lunches and need to be taught a lesson. The Chinese have made fantastic use of a system called, “Re-education Through Labor,” where the police, without oversight from the judicial system, can incarcerate people (for up to 4 years) for minor offenses. This system would be perfect to change people’s eating habits and combat the obesity epidemic. There is no need to involve the judicial system and waste time contending with due process when it comes to matters of fatness, as the scale, a tape measure and the BMI computation can serve as the judge and jury.

The habits of drinking alcohol and smoking can serve as prima facie evidence that a person needs to spend time in a camp. These labor camps will serve many purposes; they will re-educate, they will force people to lose weight for their own good, they will force people to exercise for their own good, they will provide jobs and cheap labor, which in turn will create goods that we can sell at home and abroad. These Re-education Through Labor camps are a win-win for everyone involved.

The Food Police, should change their name to “Public Health Bureaus,” and have a real, tangible purpose and be free to operate in everyone’s best interests without worrying about our pesky legal system or the inconvenience of having to provide scientific basis for any or their edicts or actions. Added benefits to incorporating this Re-education Through Labor system are that people would be able to exercise the whole time they are under control of the State and, since the Chinese own everything in the US and will be taking over soon, using this program is a good way to suck up to our eventual masters. Just like the government knew best and created internment camps during World War II to deal with the domestic threat from Japanese-Americans, our elected officials owe it to us to put the obese, potentially obese, and sure to be obese into diet and exercise camps.

These camps would be more intense than the re-education camps and would be like living an episode of “The Biggest Loser,” 24/7. We are in the midst of a staggering crisis and everything possible needs to be done to avert the Obesity Armageddon. In my next installment, I will discuss how the show, “The Biggest Loser,” can save us all from the horrors of obesity and latent obesity.

Speaking of, “The Biggest Loser,” it is clear that this authoritarian method of health and fitness should be adopted as the national and global philosophy of dealing with fat people. The fitness profession should accept the fact that this system works; select from thousands a handful of people who fit a specific profile, browbeat them constantly mentally and physically for at least 8 hours a day, force them to make the “weight-loss equals health” connection, and make them feel like failures when they can’t live up to the expectations of the Apparatchiks. And of course, pick only one winner because losing the most weight is the most important thing ever.

The genius of, “The Biggest Loser,” is that it takes advantage of the Stockholm Syndrome to achieve its goals. We must harness this power if we are to coerce people into living the lifestyle that is best for them. And I mean coerce in the most positive way possible.

In a global system of mandatory weight-loss and exercise, these Apparatchiks can match-up fat people with the instructors that would have the best chance to make them lose weight. Fat kids would be separated from their fat parents and the non-fat kids of fat parents would be put in a Fat Foster Home program for obvious reasons. The reward system should be set-up so that until and unless weight loss is achieved these fat families will not be allowed to reunite, and even then these families would be subject to constant monitoring and frequent re-education refresher courses.

Despite the fact that a growing body of legitimate research shows that being underweight carries just as many, if not more, risks than being overweight, reasonable people should agree that it is way better to be thinner, regardless of the existence of these null studies. Just like with Global Warming, we can’t let scientific findings dissuade and discourage us, or get us off message. We know people are too fat and too unhealthy and these people need our help, no matter what science says. The diseases that are associated with being thin clearly must be preferable to the diseases associated with being fat.

Despite the indications that people can be healthy at any weight and that a one-size-fits-all approach to dieting and weight loss is fiction, clearly as a people, we are much better off being virtuous and thin.