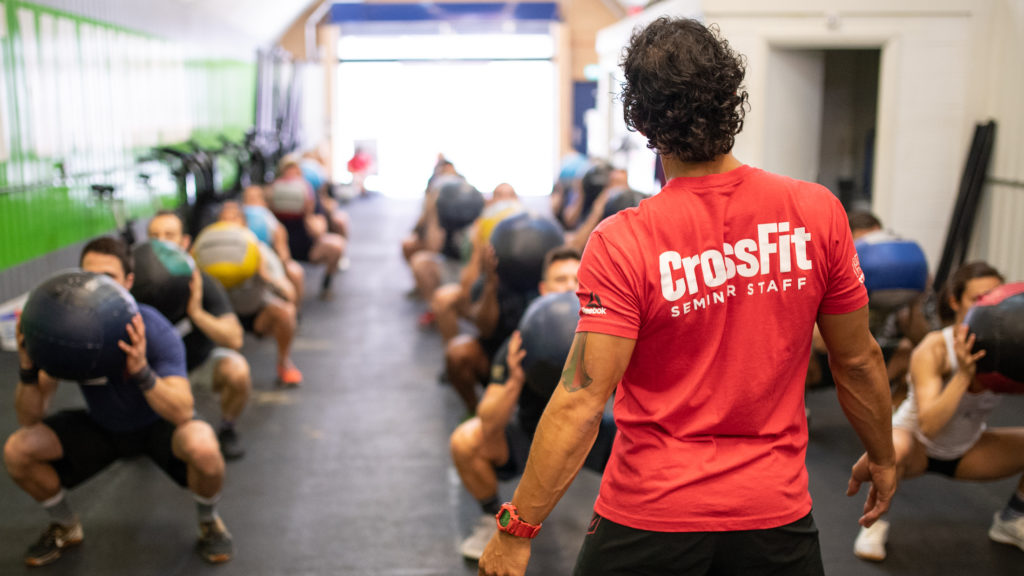 A study published in the November edition of the National Strength and Conditioning Association’s Journal of Strength and Conditioning Research revealed some interesting conclusions with regard to CrossFit training, most of which is not great news.
Despite the positive spin used in the headline, “CrossFit-Based High-Intensity Power Training Improves Maximal Aerobic Fitness and Body Composition,” the evidence presented in this study does not provide a ringing endorsement for the CrossFit craze. The words used by the authors of the study illustrate why this research isn’t really a good thing for the CrossFit nation.

Before getting into the details of the study this needs to be cleared up; the term “high intensity” has been misused by those who promote the HIIT-style of training. These programs are more accurately, “Low-Intensity Power Training,” or “High Volume Power Training,” as the high number of total repetitions performed per set and/or per workout disqualify these workouts from properly being considered “high intensity.”

Actually, depending on the workout, a more accurate name for many of these workouts might be, “Explosive Endurance.”
By rule, as repetitions increase (aka “Volume”), intensity must decrease. In these HIIT (High-Intensity Interval Training) programs, “high intensity” is misused to express a level of difficulty, in lay terms.
Also, the term “power,” used in the traditional engineering sense, has no real value when applied to human movement. That’s another discussion for another time…
So back to the research.

In the Discussion, section of the paper, “CrossFit-Based High-Intensity Power Training Improves Maximal Aerobic Fitness and Body Composition,” the authors bring up some problematic issues for CrossFit.

The authors write, “Despite a deliberate periodization and supervision of our CrossFit-based training programs by certified professionals, a notable percentage of our subjects (16%) did not complete the training program and return for follow up testing,” due to injury. They add, “There are emerging reports of increased rates of musculoskeletal and metabolic injury in these programs. This may call into question the risk-benefit ratio for such extreme training programs, as the relatively small aerobic fitness and body composition improvements observed among individuals who are already considered to be ‘above average’ and ‘well-above-average’ may not be worth the risk of injury and lost training time.”

Worth repeating is the phrase, “May not be worth the risk of injury and lost training time.”

The authors go on to state that HIPT can be beneficial for people of all fitness levels, which contradicts their statement regarding the “relatively small” improvements offered by these CrossFit-style programs and the associated high risk of injury.

The authors point out, “HIIT has previously been shown to improve body composition and Vo2 max in healthy adults, this is the first investigation showing that similar benefits can be obtained using a CrossFit-based HIPT (High-Intensity Power Training) program.” So what this means is that CrossFit style training is not really any different than other methods of what is considered to be “high-intensity” programs.

Furthermore, this study, which was conducted at Ohio State University, did not include a group performing a traditional HIIT program, or any group performing any other kind of exercise, which seriously minimizes the relatively minor positive information that is contained in this research. Without a control group or a point of comparison to other exercise programs, the improvements reported in this study are at least highly questionable and possibly meaningless.

Comparing CrossFit with a traditional, lower risk exercise program performed per the Tabata Interval program, or a program that included Olympic-style lifts and basic gymnastic and calisthenics moves, would have provided a valid point of comparison for the purposes of this research.

In the Conclusion section of the study the authors write, “Given that our subjects were following a Paleolithic diet, we cannot relate all of the observed weight loss to the HIPT training. However, HIPT and Paleolithic diet in combination could be used to promote positive changes in body composition.” Worth noting is that traditional HIIT training, as well as Circuit Training and other forms of safer and established training methods in conjunction with the “Paleo” diet also “could” help people lose weight.

The authors posit that their findings bode well for athletes who are looking to improve their fitness level while cutting down on time spent training; this statement ignores their own findings.
Out of the original 54 participants, 9 subjects did not complete the program, “citing overuse or injury,” despite the fact that these participants were highly supervised by qualified personnel. Imagine how this injury problem could mushroom without this level of instruction and supervision.

This data is extremely damning. In this study, with a group that is about the same size as many lacrosse or football teams, 16% of the participants went down with an injury directly related to the training activity. An injury rate of 16% from training is catastrophic for any team of athletes, especially one that already has to contend with the rigors of a physical contact or collision sport.
These findings, along with the problems with the design of the study, should not be spun as a positive for the CrossFit crowd. Despite the title of the study, there is little here to support the use of CrossFit, especially for athletes.