How to Introduce Tabata Intervals Into a Workout 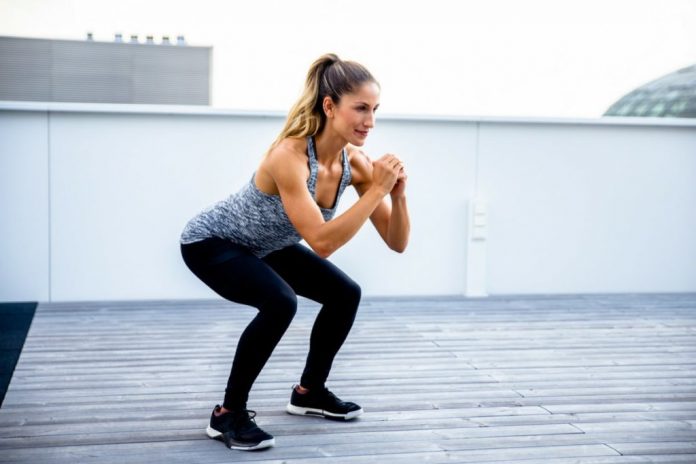 Tabata intervals are a method of training that typically is used in extremely high-intensity interval training routines and should be employed by personal trainers, strength coaches, and anybody who exercises.  This method, named after pioneering researcher Nishimura Tabata, consists of eight intense training intervals of 20 seconds followed by 10 seconds of rest. This is a fitness tip that makes for a hellacious 4-minute workout, but you don’t have to be hard-core in order to reap benefits from Tabatas. Tabata and his team studied subjects who worked at 170% of their maximal oxygen uptake (VO2 max – the amount of oxygen used during exercise) by exercising on stationary bicycles and found that VO2 max increased and the subjects’ anaerobic capacity increased by 28%.  So in non-fancy talk, this means Tabatas can improve both aerobic and anaerobic systems.

Relatively speaking, very few people can actually sprint at 100% effort for 20 seconds even for one set. Using Tabata intervals properly is a gut check as much as it is a test of physical conditioning. But despite this high-intensity pedigree, Tabatas can be used with almost every kind of exercise and are suitable for just about everybody to use.  However, especially for beginners, an element of relative intensity must be included or else nothing will be gained from using this interval program. The best way to get comfortable working with Tabata intervals is to follow the program by doing jumping jacks.  Twenty seconds on, ten seconds of rest, for four minutes.

Since you can’t watch your watch while you’re jumping, just perform 20-22 jacks and then check your watch to see if you hit the 20-second mark.  You have to complete at least 20 jacks in order to even scratch the surface of the benefits Tabatas can offer.  Adjust accordingly and then rest for 10 seconds on the clock.  Repeat for 4-minutes. Back to the concept of “relative intensity.”  If you already are in decent shape performing 15 jumping jacks just won’t cut it, whereas for a beginner this may be the perfect amount.  And for beginners, you just can’t walk for 20 seconds and take 10 seconds off, so you may have to jog or trot for 20 seconds before you rest even if you’ve never jogged or trotted. Even if you’re in pretty good shape doing jumping jacks the Tabata way will give you an idea for how this program could kick your butt with tougher moves.

After jacks try jumping rope, assuming you can jump rope (35-40 times in 20-seconds).  Then move on to squat thrusts (7-10 reps in 20-seconds). When you’ve made in through these basic moves you’re ready to double up and do 4-minutes of Tabatas with jumping jacks and after a 2-minute rest 4-minutes of squat thrusts.  After you’re good with this, eliminate the 2-minute rest and go for 8-minutes straight.  Now you’re on your way to moving up the ladder of difficulty and intensity. With this kind of training, even if a person is in phenomenal shape, I recommend taking it slow and using Tabatas no more than twice per week.  Start with these basic movements before moving up to Tabatas with a sledgehammer, kettlebell on a stationary bike, or sprinting, and as long as you are at the proper relative intensity, you will reap the benefits unique to Tabatas.

"Playing Up;" The Scourge of Youth Sports

<![CDATA[Over the past decade the practice of "playing up" - letting the younger, bigger and "better" kids play an age group above their level...
Read more
Fitness Tips

An Exercise For the Scrapheap: Reverse Grip Bench Press

<![CDATA[One of the great, stupid, steroid-influenced exercises of all-time is the reverse grip bench press. the exercise had been popular for years among powerlifting...
Read more
Fitness Tips

Why You Should Get Outside and Exercise

<![CDATA[The weather is nice, so get outside and do some exercise. If you live someplace where the weather can be awful during the winter,...
Read more