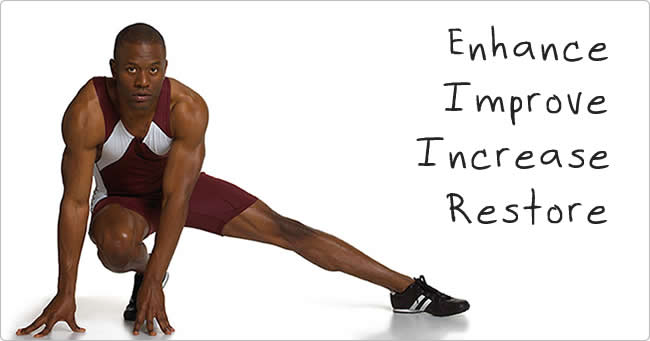 Here is a list of reasons as to why HGH – right now – is the ideal drug for athletes.  With the latest edition of the steroids in sport scandal that involves professional athletes from Major League Baseball, as well as other sports, people need to understand why these supplements are desirable to pro athletes.

Bodybuilders have enjoyed the benefits of human growth hormone, used in conjunction with a variety of other anabolic agents, for over 20 years but only in recent years have legit athletes started to catch on to this “better” kind of performance-enhancing drugs.

1) Human growth hormone provides a potent anabolic effect; it builds muscle.  Without turning this into a biochem lesson – especially since that’s way over my head – suffice to say that HGH increases the body’s ability to synthesize protein and that this allows for muscle tissue to be built.  Human growth hormone use produces the holy grail of all anabolic benefits;hyperplasia.  Hyperplasia is the permanent increase in the amount of muscle cells.

So a person could go on a cycle of human growth hormone therapy, which would create new muscle cells that remain after HGH therapy stops.  The longer the person remains on this regimen the more new muscle cells will be produced.  This person would then have more muscle than he did before the therapy and reap all of the performance benefits that come with increased muscle even after the end of therapy.

Additionally, human growth hormone has a positive strengthening effect on connective tissues such as ligaments, tendons, and cartilage and at an accelerated rate. Old injuries will heal and these tissues will be strengthened which can potentially minimize future injuries as well.  There is no doubt that human growth hormone therapy is being used in conjunction with the surgery and rehab of professional athletes, which has had the effect of getting athletes back on the field quicker than ever. These connective tissue benefits make HGH much more attractive than the use of old school steroids, as steroids only positively affect muscle tissue while having a negative effect on connective tissue.

2) HGH provides metabolic benefits such as helping the body burn more fat than usual, and serves as a protein-sparing agent as well.   HGH administration triggers the release of fatty acids from fat stores and the body winds up burning more fat than carbohydrates to meet energy requirements.  This is why athletes on human growth hormone can have extremely low levels of body fat while maintaining extremely high levels of muscle mass.

Without drugs, there is a kind of equilibrium between body fat and muscle mass.  If body fat is too low a person’s muscle mass will decrease as well.  HGH also has an anti-catabolic effect (protein sparing), which means that muscle protein isn’t broken down during periods of intense exercise or in the case of calorie restriction.  This anti-catabolic effect means that athletes can recover quicker from competition and training.

3) HGH is legal and can be acquired and administered by a physician, and as a result, the intelligent athlete can use medical privacy regulations to avoid the spotlight. The dose at which HGH is effective is small, which minimizes risk and – in most cases – allows the physician to avoid breaking any laws or breaching any ethical standards.

Additionally, due to the stresses of professional sports there is a very good chance that most – if not all athletes – would test for low hormonal levels during their season.  This means HGH can be administered in order to normalize an athlete’s levels.  This kind of therapeutic dose can provide enormous benefits to an athlete during their season. This is an important distinction to make.

If an athlete does test for low HGH levels – which most would or could – this is a case of using HGH as it is intended and not abusing it. There are doctors all across the country that are openly practicing this kind of medicine.  One could argue that these doctors are incorrect in their uses of HGH, but this argument doesn’t seem to hold any more weight than the counter argument that there are no appropriate “off-label” uses of HGH.

These are the major reasons as to why HGH is so popular among athletes. There are other reasons as well, but this is enough for now.  And it is worth noting that testosterone when used in similarly appropriate doses, in conjunction with HGH is an extremely potent supplement cocktail from which all athletes would benefit greatly.

Remember, this isn’t an effort to rationalize or justify the use of HGH and testosterone.  I am simply recognizing and pointing out reasons why athletes – or anybody who works out for that matter – would find these substances so desirable.   What I will say is that when you understand what these drugs can do for athletes, and understand the nature of risks involved with playing professional sports – especially football – the case can be made that some supplementation may be appropriate and even necessary.