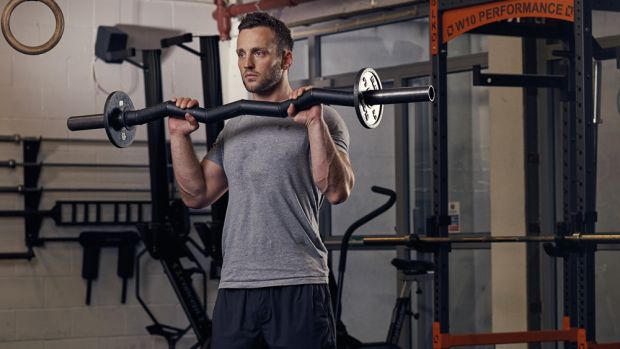 Bodybuilding has been responsible for creating an almost endless list of ridiculous fitness and nutritional myths, and an exercise called Zottman curls serves as a great example of this. Some may consider Zottman curls to be a “bodybuilding secret,” when in reality it’s just bodybuilding nonsense.

Thanks to guys who used prodigious amounts of anabolic steroids, human growth hormone, insulin and a variety of other pharmaceuticals, the bodybuilding philosophy became synonymous with health and fitness. The bodybuilding secret is that drugs are responsible for the impressive physiques that dominate bodybuilding.  For decades this ineffective and inefficient method of training has served as the basis for the diet and exercise programs for gym rats and competitive athletes alike.

The flawed premise was (and for some still “is”) that a 225-pound guy with 3-percent body fat knew what he was doing and everyone should follow his program simply because he looked good.  Bodybuilding, or “reductionist” training, breaks the body down into parts and is all about appearance over performance.

Zottman curls are a great example of how obsession with appearance combined with a faulty philosophy spawns an exercise that becomes known as a “bodybuilding secret.”

Zottman curls are performed with dumbbells.

Google “Zottman curls” and you’ll find the usual nonsense that this exercise will give your arms “new age gains,” will “build bigger biceps,” and the classic “works the biceps and the forearms.”  There’s even a demonstration of seated Zottman curls that are a lazy man’s bodybuilding secret.

The “benefit” that Zottman curls work forearms is laughable because any exercise done holding any kind of weight works forearms. Also, bodybuilders use wrist straps for pulling exercises, and these straps actually remove the forearms from the equation. But that’s the nonsense behind all of the bodybuilding secrets.

Arm strength, and the concomitant size of biceps and triceps, is developed by performing heavy pulling and pushing exercises and not by doing Zottman curls.  Muscular development occurs as a result of lifting (and holding) heavy weights without the aid of wrist wraps or straps.

The bodybuilding secrets that deal with exercises for biceps and triceps are a waste of time and effort.